Christmas in the Spanish-Speaking World 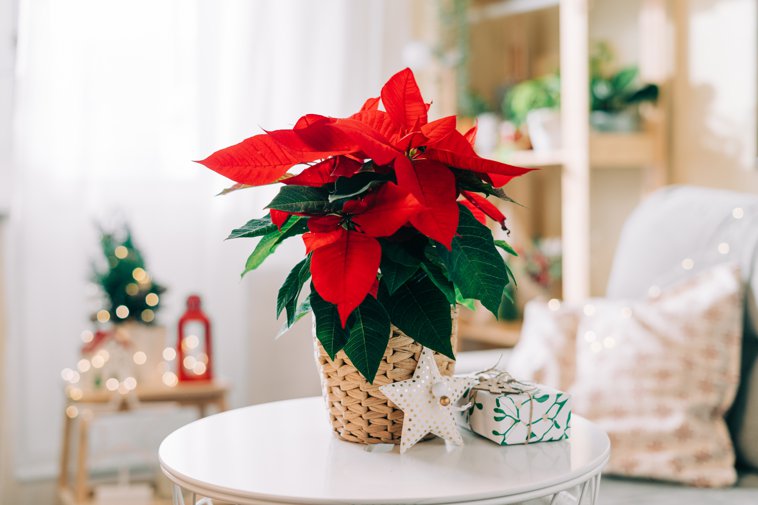 This nochebuena(poinsettia) has beautiful leaves that look like the petals of a flower. The poinsettia plant is native to Mexico and Central America. The plant’s name, flor de nochebuena, was inspired by a Mexican folktale. This tale claims that a little girl named Pepita wanted to give a present to baby Jesus at her church, but she couldn’t afford to. One version of the legend says she gathered a bouquet of roadside weeds, and upon presenting it to the baby Jesus in the Nativity scene, the leaves of the improvised bouquet turned into bright red Cuetlaxochitl (what the Aztecs called poinsettias) leaves!

The Christmas Season in Spanish-Speaking Countries

Children in Spanish-speaking countries don't traditionally receive presents from Santa Claus. Instead, they receive their gifts on January 6th from the Reyes Magos(Three Wise Men). However, in many places this tradition is changing, and children receive some gifts on December 25th and the rest on January 6th.

Los villancicos(Christmas carols) are also a big part of the holiday season in Spanish-speaking countries. In the Middle Ages, villancicos were sung poems about rural life, often without instrumental accompaniment. Nowadays, the term refers to traditional Christmas songs.

If you go to a Spanish-speaking country during Christmastime, you will hear familiar favorites translated into Spanish like Noche de paz(Silent Night). You’ll also hear unique carols like Los peces en el río(The Fish in the River).

Another important Christmas tradition throughout the Spanish-speaking world is the decoration of homes and public spaces with pesebres(nativity scenes). Intricate nativity scenes are created, frequently by hand, and displayed to commemorate the birth of Jesus.

In Mexico, people perform in pastorelas(nativity plays). Pastorelas are traditional plays about the shepherds’ trials and tribulations on the way to see baby Jesus.

While traditions around what to eat during the Christmas season can vary greatly between countries, there is one sweet food that is common in many parts of the Spanish-speaking world. People in many countries eat rosca de Reyeson January 6th to celebrate Epiphany. This sweet bread is baked in a circular shape and decorated with fruit to resemble a bejeweled crown.

In Spain, this dessert is called roscón de Reyes.

Unique Traditions Around the Spanish-Speaking World

Let's take a look at some unique Christmas traditions in Spanish-speaking countries!

Here is a list of Christmas-related vocabulary in Spanish!

Looking for a reason to celebrate? Take a look at these articles about holidays and festivals in the Spanish-speaking world!