A Year of Celebrations in Spanish-Speaking Countries

Within every culture, los días de fiesta, or holidays in English, differ depending on the religious, political, and cultural history of a nation. Since Thanksgiving and the Fourth of July are holidays that celebrate significant events in the history of the United States, only Americans celebrate them. Likewise, different countries across Latin America and Spain have their own holidays that are representative of their rich history and culture. In this article, we’ll crack open our calendar and give you a whirlwind tour of some of our favorite celebrations that take place in Spanish-speaking countries across the world. 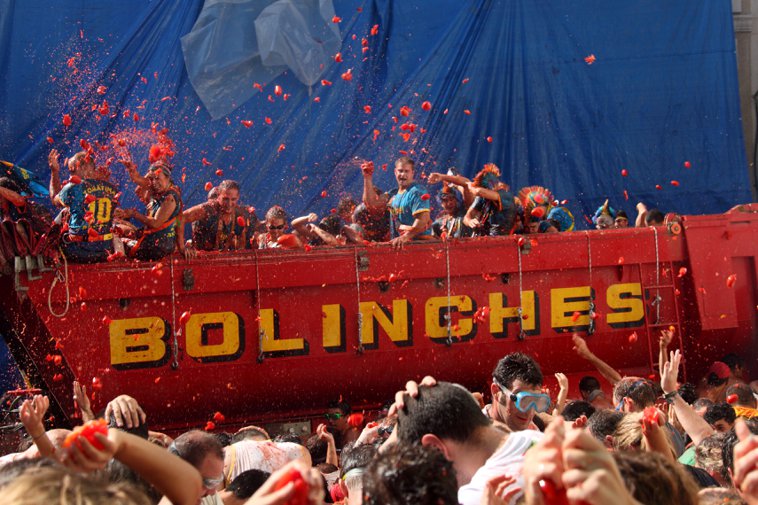 In many Catholic countries, the celebration around la Navidad, also known as Christmas in English, doesn't end on Christmas. Christmas begins on December 25th and lasts until el Día de los Reyes Magos, (Epiphany or Three Kings' Day) on January 6th. Before Santa Claus became a household name the world over, it was typical for gifts to be exchanged on el Día de los Reyes Magos instead of on Christmas Eve. In addition, every country adds their own customs to celebrate the coming of the three kings. In Argentina and Uruguay, children leave their shoes outside their door with grass and water for the three kings’ camels on the night before January 6th, also known as la Noche de Reyes, or Night of Kings. And in South America, Peruvians typically throw an entire party for taking down their nativity scenes, also known as la Bajada de Reyes, or the Taking Down of the Kings.

Though the date on which it is celebrated changes from year to year so that it always falls on the first Monday in February, the official date for Mexico’s Día de la Constituciónis February 5th. Drafted in the central Mexican city of Querétaro during the Mexican Revolution, which began in 1910, Mexico’s constitution was signed on February 5, 1917. This holiday, which always forms part of a puente(three-day weekend), is celebrated with parades and festivals marking the day the constitution was signed by Mexico’s Constitutional Congress.

If you love fire, then you need to check out the celebration of Las Fallasin Valencia, Spain. Throughout the year, special groups from different districts around the city called casales fallerosfundraise and construct monuments to be included in the main celebration in March. During the four days of las Fallas, the different neighborhoods will parade their monuments, also called fallas, through the city until sundown of the final day, when they set their monuments ablaze and burn them to the ground. During the parade, many of the locals will dance through the streets dressed in traditional costumes representative of Valencia’s history.

The casales falleros can create their fallas to look like anything, but typically they will be satirical depictions of political figures. These giant monuments are then filled with firecrackers along with their smaller counterparts, called ninots, before they are entered into the parade.

Celebrated in basically every Spanish-speaking country, la Semana Santa(Holy Week) is the week leading up to Easter, the highest of Catholic holy days. It's full of prayers and masses in preparation for Easter Sunday. It is very typical to see many procesiones, or religious processions take place throughout cities in Latin America. In some countries, those in the processions will flagellate themselves and others will carry crosses over their backs in honor of Jesus’s final walk before his crucifixion.

Often confused by foreigners with Mexican Independence Day, which falls on September 16th, Cinco de Mayo commemorates the Mexican army’s victory over the French army at the Battle of Puebla on May 5, 1862. Though not a major win overall in the context of the Franco-Mexican War, Mexico’s victory under General Ignacio Zaragoza was nonetheless of great symbolic importance. It bolstered the Mexican people’s resistance to the French invaders, who eventually withdrew from the country in 1867. Cinco de Mayo, known more commonly in Mexico as el Día de la Batalla de Puebla, is not a popular holiday in Mexico except in Puebla itself, where it is celebrated with reenactments and parades.

Also known as las fiestas agostinas, the August celebrations, las fiestas patronales de San Salvadoris a weeklong celebration that honors the Divino Salvador del Mundo, the patron saint of El Salvador that represents the sacrifice and resurrection of Jesus Christ. The celebration is held across the first week of August in El Salvador’s capital city, San Salvador. In addition to religious processions, attendees can also take part in the opening ceremony, called the Desfile del Correo, watch the election of the Reina de las fiestas, or Queen of the Celebrations, and even attend an amusement park.

Since 1945, visitors worldwide have traveled to the town of Buñol, Spain to take part in a holiday known as La Tomatina. Legend says that this festival was born from a political protest in the 1940s after two men began throwing tomatoes at buildings as a form of protest. Eventually, the act became a yearly tradition that turned into a citywide food fight just for the fun of it. The holiday was outlawed during Franco’s rule in Spain, but came back after his death and has grown tremendously in recent years. In fact, so many people have shown up in recent years to take part, that the city has begun to require an entrance fee as well as limiting the number of participants to ensure that the event remains safe.

Often celebrated in conjunction with el Día de Todos los Santos(All Saints’ Day), which takes place on November 1st, el Día de Muertos(Day of the Dead) is celebrated on November 2nd. Rather than being a spooky holiday, el Día de Muertos is seen as a time to celebrate family members, friends, and historical figures who have passed away. One of the ways the dead are celebrated is via a traditional altar(altar), which is decorated with papel picado(tissue paper with cut-out shapes), cempasúchil(marigolds), pan de muerto(Day of the Dead bread), and a picture or drawing of the deceased, along with the dead person’s favorite things, such as food, drink, or tokens of their hobbies. Parades, tianguis(outdoor markets), candlelight vigils in the panteón(cemetery), calaveritas de azúcar(sugar skulls), and people dressed up like la Catrina, an elegant skeleton lady originally drawn by famous Mexican cartoonist José Guadalupe Posada, are also common elements of this other-worldly holiday.

Commemorating Mary and Joseph's journey to Bethlehem as they searched for a place to stay, las Posadas(literally, the Inns) is a yuletide celebration that takes place between December 16th and December 24th. During this nine-day period, it is common for friends and family to invite one another to a posada, which is essentially a sort of Christmas party, or for people to walk through their neighborhood and pedir posada(to ask for room at the inn). To pedir posada, a group of people accompanied by a couple representing Mary and Joseph go from door to door singing and asking for lodging. Their neighbors respond by denying them a place to stay until at last someone opens up their doors to the wandering group. Once inside, they are traditionally invited to take turns trying to break a piñata, which is filled with candy, fruit, and nuts, and to warm up with ponche(Christmas punch) and tamales. 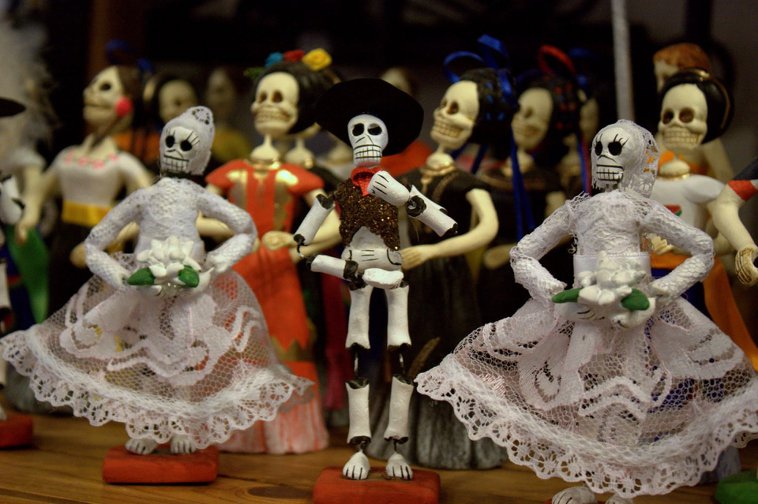 Looking for a reason to celebrate? Take a look at these articles about holidays and festivals in the Spanish-speaking world!