Spanish and Portuguese are Romance languages, meaning that they both originate from Latin. Due to their shared heritage, many vocabulary words are written and spoken very similarly.

In ancient Rome, which at one point extended all the way from the Iberian Peninsula (known as Hispania during this time) to the Middle East, classical Latin was the lingua franca, or the common language. During this time, various dialects known as Vulgar Latin began to evolve in many regions, including those that would eventually become recognized as modern Spanish and Portuguese. However, because Roman authorities frowned upon these varieties, full separation from classical Latin never occurred. 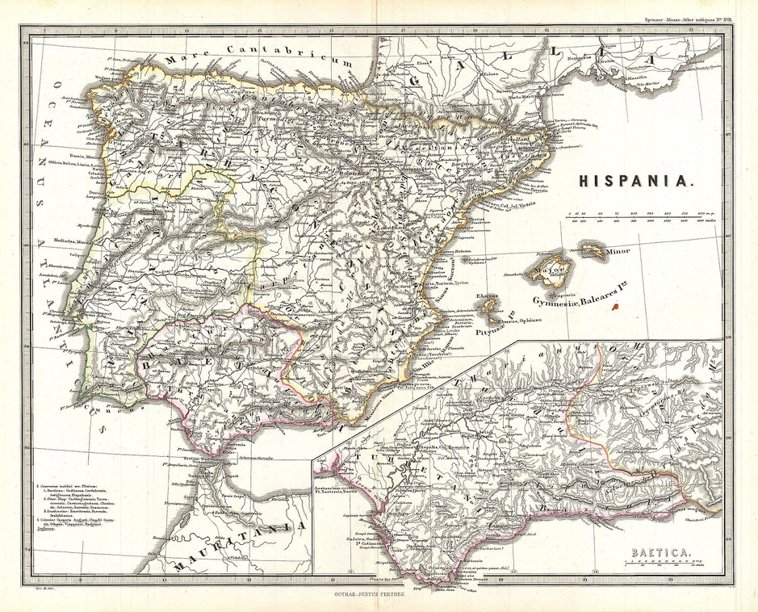 All of this changed when the Roman empire collapsed in the 5th century, due to a series of Germanic invasions. The Iberian Peninsula was eventually conquered by the Visigoths, who spoke Gothic, and later by the Moors, who spoke Arabic. Both of these languages remained exclusive to the upper echelon of society, though they did influence Vulgar Latin, which was still spoken by the majority of the population.

In the 9th and 10th centuries, a small kingdom named Asturias catalyzed the Reconquistamovement, also known as the Christian reconquest of Spain. This eventually led to the establishment of Portugal as a a separate kingdom in the 12th century, which allowed Portuguese to fully separate from Vulgar Latin. Spanish started to diverge as its own language soon after, and the standardization process was completely solidified by the 15th century. 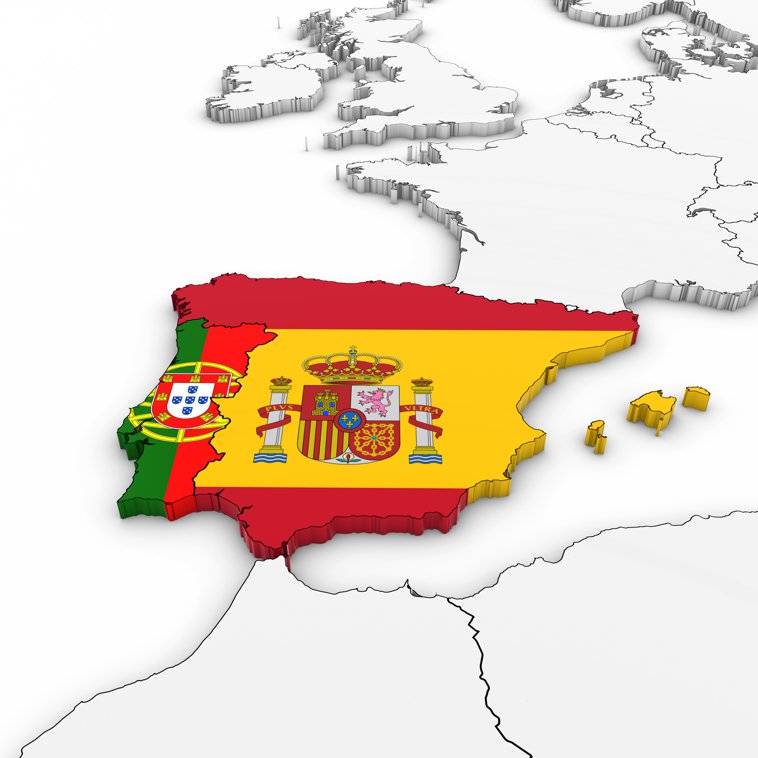 The word abada(female rhinoceros) comes from its Portuguese cognate "abada," which refers to a female rhinoceros. This word originates from the Malayo-Polynesian root "badaq."

Similar to the word above, bandeja(tray) has the same spelling as its Portuguese root "bandeja." Many believe that this word comes from combining the word banda(edge) with the diminutive suffix -eja, given that trays traditionally have pronounced edging. On the other hand, bandacan also mean side, so some theorize that this word may refer to the act of carrying refreshments from one side of a room to another.

The word for coconut in Spanish, coco, comes from the Portuguese root "côco." Coco can also mean boogeyman in Spanish, and for this reason, 16th century Iberian conquistadores(conquerors) used this term when they encountered coconuts for the first time in the Americas, given that the three holes of a coconut resemble a face.

Maracuyámeans passionfruit in English, and it comes from the Portuguese word "maracujá," which originates from the Tupi-Guarani word "mburucuyá."

You may have noticed that the word meninalooks very similar to the word niña(girl). While this word means lady in waiting or court lady in Spanish, in Portuguese, "menina" simply means girl.

The word pagoda(pagoda) stems from the Portuguese root "pagode." It's very possible that this word came from the Dravidian root "pagodi," which is one of the names of the Hindu goddess Kali.

Of all the words in this article, you may have guessed that samba(samba) has Portuguese origins, given its prominence in Brazilian music and dance. While the origins of this word remain unknown, many believe it comes from the Kikongo word "semba," which refers to a type of music and dance that originated in Africa.

Sambódromo(sambadrome) is a variation of the word above, and it refers to the venue used for samba school parades during carnival in Brazil.

Do you want to learn more about the etymology of this newly-evolved word? Check out this article!

The word saudadeis unique to the Portuguese language, but it has been integrated into the Spanish language and can be roughly translated as nostalgia. This word is connected to the Latin root "solītate," meaning solitude.

Want to learn more about other languages that have influenced or interacted with Spanish? Check out these articles!

Source: Wong, Kevin Martens. (2015). Iberia's children: A short history of why Portuguese and Spanish are different. Retrieved from https://unravellingmag.com/articles/portuguese-and-spanish/