Do you think men have an easier life than women? Personally I don´t think this is true. If you want to post an opinion on this question, either in English or Spanish, please do so before this Saturday as I am off to Spain again, only this time to play golf with three male friends. 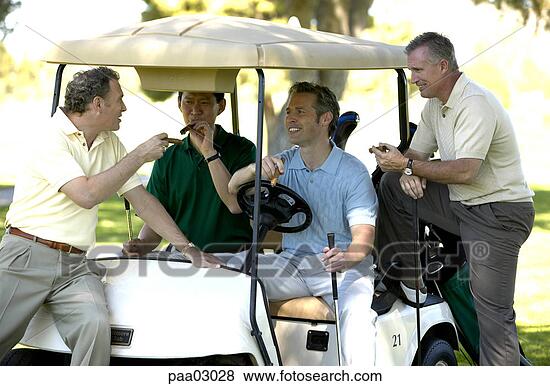 Ofcourse Eddy.......... I dont know about the other parts of the world, but in my place (Tamilnadu), guys have a cosy, comfortable and easy life than the girls. They have all freedom in the world.

Also, guys can smoke, drink, can even have a relationship before marriage, and if the girls do these things then she is not from a good family :(

Huh . I think i can even present a thesis on this topic.

But still, as Nicole said, they have their own struggles and difficulties...

I am on my way out the door and since this subject probably requires an ample amount of the subjunctive tense, I will reply in English for now.

I believe that men and women have different struggles and difficulties. However, I do not believe that men have an easier life than women. I'm sure you can point to a particular family or individual and say that either the man has less responsibility or the woman does. But usually these are cases where someone, somewhere is not pulling their weight, leaving the burden for the other party to take care of.

I often hear women complaining that "men have it so easy". They don't have to be pregnant, give birth, take care of the kids....and on and on they whine. However, there are so many times when I am relieved that I'm not the man. These times include: when the car breaks down; when something needs to be fixed; when the lawn needs to be mowed; the snow needs to be shoveled; when heavy lifting needs to be done; when something "goes bump" in the night....who is always sent to see if there is a prowler downstairs?

I know I probably just opened the can of "equal rights" but the truth is that although women can and will do many of those things, it is usually the man left with those burdens. I say....you can have them.

The fears and struggles of men....Here is one for you Eddy. Well as Ken K said, I did ask this question "tongue in cheek" and I am amazed at the support we men have received from women members. If I am honest, I do believe I have an easier life than my wife for many reasons which I will not go into. She works extremely hard both inside and outside the home. Having said that, whilst I am working on Spanishdict at the moment, "phew", I can see her sunbathing in the garden through my study window, probably dreaming about being a surfer, hehe.

I wouldn't touch this subject with a ten foot pole.

Many a time I have seen Eddy reply to a posting saying " This smells a lot like homework to me ". Well Eddy is the shoe on the other foot here or not, you would'nt be trying to find a better excuse to rationalize your little trip to Spain by any chance,would you. Please post your excuses so we can pick your best one,or provide you with a better one.

I think it all depends on how you look at life and what you are looking to get out of life., Usually we get back from life what we are willing to give to others irrespective of whether we are girls or guys. However, in some parts of the world women do have it harder than men because some men who hold positions of power and influence choose to make it difficult for women to receive a good education, get a job and exercise sufficient influence over their lives. Many men in society are not in favout of this unfair treatment but it can be very difficult to speak out against unfair rules in cultures other than your own...without opening yourself up to accusations of racism from those who oppose the radical challenge to their status quo.

Even within the western world there has not been the kind of equality that I and hopefully many men would like/prefer to see: equal pay for women doing the same work and conversely equal paternity leave to match that for women yes ladies it cuts both ways ! lol

Areas wher women have suffered in life include:

1 No access to education in some parts of the world

3 Often carrying the greater weight of the responsibility for the care of family especially where men have neglected this through absentee fathers having abandoned their family / being caught up in drus/alcohol abuse and gambling addictions.even though they may still live at home.

Where men have suffered:

1 From prejudice when they have dared to show caring skills in society (and within their family) : by working with children Some men are good at this work and some women are not.

2becasue.. they have received men bashing from some women ( a minority I suspect!) who have wrongly assumed that all men are bad news because of the unkind treatment that some women have unfairly sufferered at the hands of some bullies! (men)

3.. through assumptions that their only value in life/society has been tied up with being the 'bread winner' in teh family / their ability to earn money and now more women are working and earning their own money many men may have have been left to feel redundant as if their skills are not so important.

I am not implying that these ares will apply to all people and certainly not to the same extent but we need to be honest that many people of both sexes have suffered and that just becuase men have traditionally occupied many of the positions of power in society doesn't mean that life has always been easy for them either Please remember that men and women both suffer in these ways ... they can also: lose their jobs suffer through divorce, grieve the loss of loved ones and struggle with bringing up children.

updated JUN 28, 2010
posted by FELIZ77
You've reminded me that I was looking at this from a Western/American point of view. Thanks for reminding me that there are places in the world where women do not share the same rights and freedoms that I do. - Nicole-B, JUN 28, 2010
1
vote

It really depends from a place and from lots other things. If people don't live in deprivation, both genders can find great self expression in differend ranges.When talking about golf, Eddy, is it easy to you because you like it or not easy (maybe your wife is not very glad about your hobbies, jeje)?

Yes, of course men have a much easier life than women . But I am still proud to be a girl .

You guy have got to watch these great videos on The Man and Woman myth.

Don't get angry until you've seen all of them. He explains feminism and why it came to be.

Enjoy your trip to Spain, Eddy, I'm sure you will!

Eddy - it is a very serious question. I would rather be a girl than a boy in today's world.

There are many reasons I could give for having this opinion but will wait for others to respond before I give them.

Enjoy your golf - and no guilt feelings. Some golf courses even allow women to play these days.

Amazing the way the world has changed.

Eddy...now you are in for it!I will tell Joyce right away!

Eddy, this question is too hard. Ditto what Nicole said.

Now just as I was going congratulate you on being the first Spanish reply you have let me down by not knowing how to spell the word "greater" in Spanish.