I have the opportunity next year to go to a Spanish-speaking country. Which one s best to visit if I am only an intermediate Spanish speaker?

Well I have just returned back to my home country (Australia) from Argentina. I went there for only 3 weeks. I attended a Spanish School there for 2 weeks. I found their Spanish a little different. They speak with an Italian tang I think. But after my time there I picked up some more Spanish. After speaking to other people that have visited some Spanish speaking countries they have said that Peru is a good country to go to for learning. They speak slow and concise and clearly. I have been told the same with Colombia. If you go to Chile they are suppose to speak very very fast. Spanish from Spain is good too but you have to learn to use your tongue more with once, doce etc etc etc. Mexico have a few different words I think. All of this could be wrong but these suggestions are from other people informing me of the same question you have. I hope this helps!

updated FEB 23, 2013
posted by mike123587
Yo he vivido en Cuenca, Ecuador durante un ano. Cuando llegue no hable nada - Ricardonuevo, FEB 23, 2013
don't forget your accents Ricardo ;) llegué and hablé - otherwise the meaning changes quite a lot - Kiwi-Girl, FEB 23, 2013
Speaking of accents, my Spanish keyboard doesn´t completely work on Spanishdict.com I can type the ¿ and other symbols, but none of the accents work. The accents & everything else works fine in other apps, but no accents here. Any ideas? - calspan, FEB 23, 2013
3
votes

It's not exactly a country but you could visit El Pueblo de la Reina de Los Angeles. Just think, you wouldn't have to change currencies and if you get stuck trying to say it in Spanish there is almost always someone around that knows some English!

Any country where you can say coger without fear.

I suggest Oaxaca, Mexico. It's safe, fun, and has the best Spanish school that I've ever seen.

PM me if you want more info on the school or the city.

updated FEB 23, 2013
posted by --Mariana--
Federal Police announced the arrest of "El Cabrito", jefe for Los Zetas in Oaxaca 2011 - readytodictate, FEB 23, 2013
Los Zetas notwithstanding, Oaxacan cheese is seriously delicious. Our neighbor is from there and he brings me back some when he goes home to visit! - MyHeadAboveWater, FEB 23, 2013
And the tamales osxacaños are the best. - gringojrf, FEB 23, 2013
1
vote

Well, I hear Costa Rica is great... it's generally a very safe country to visit. But, if I had my choice, I would definitely visit Spain....it's so rich in history and has TAPAS! Yummy.

any where, that you want to go.

Spain of course!! without doubting!!!!!

If you live in the US and your goal is learning the language and not pure tourism then without a doubt, Mexico. Mexico has the largest Spanish speaking population in the world and many of the 40+ million Spanish speakers in the US originate from Mexico. So learn the Spanish you will hear the most when you return home.

I would agree with Spain. It's the mother country of all other Spanish-speaking countries (from a language perspective, that is) and is just an amazing place to visit while learning a fairly universally accepted "standard" form of Spanish. Plus, Europe is wonderful and depending on your time, you can go to other amazing places. Living in Spain, for me, was terrific as we were a very cheap and short flight away from London, Paris, Rome, and we even took a trips to Istanbul and the Canary Islands. Plus, we drove to Lisbon. All without any significant time zone change. It was very odd to land in Rome and not have to change your watch or have lost an entire day.

Returning to the U.S. after living there, I can tell you that I understand more readily people who speak Spanish from Mexico, Colombia, and Argentina.

I definitely was left with an accent that is significantly different than what I hear around me having returned to the US, and the vocabulary at times can be different, but because Spain's influence is sort of fundamental, most speakers of Spanish are familiar with Spain's version of Spanish.

Edited to add: we go back in the summers, and this time I'm actually going to take a Spanish class while the kids are in camp (my son is going to a day camp in the city, and my daughters are going to their overnight camp in the mountains outside Madrid). There are plenty of Spanish schools around Madrid, where we lived, and it's a truly charming experience. Lots of retired couples learning Spanish for the first time and lots of young au pairs doing the same. Plus a stroll and coffee in the square, a museum, a concert, the ballet. Wonderful! I can't wait for this summer! There are the same kinds of opportunities in Barcelona, and Valencia. And, of course, plenty of smaller towns all over Spain.

I can't tell you anything from experience since I've only been to a few places in the west coast of Mexico....However, the country I'm in love with is Spain even though I've never been there....yet! Although they are in the middle of a huge economic crisis, they have such a rich history and beautiful landscapes and I personally think their accent is awesome! 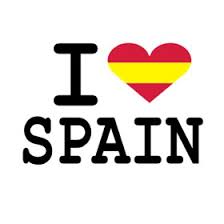 updated FEB 23, 2013
posted by LaPiedraAlegre
Ha, I didn't know Spain was the "th" country until I got back! Or that vosotros is not universal. But I maintain vosotros is incredibly useful and I'm not giving it up, hee! - MyHeadAboveWater, FEB 23, 2013
0
votes

Of course, because I partly live in Costa Rica, I would say Costa Rica is a great Spanish Speaking country....

Here are a few great things about talking to Costa Rican's:

Sam! how did you get the opportunity? I'm also learning Spanish and one of my goal is to become a Spanish teacher.

The only Spanish speaking country I have been in is Spain. In fact, Barcelona. I can't imagine anything better!