Is "plátano" the same thing as "la banana"?

I was wondering because in Spanish class we learned "la banana", but a hispanic person told me the actual answer is "plátano"?

I'd say "plátano" is actually a plantain, which is a type of banana but not exactly the same.

It means the same thing. However Hispanic people use the word "el plátano" more frequently. You could use the word "la banana" and they would know what you're talking about, but it wouldn't be the proper name for the fruit.

updated FEB 23, 2014
posted by Sara-Jackson
This is true from my experience; when in Mexico, I did not hear people use the word banana when they were speaking of the banana you eat raw. But then, what word would you use to say plantain? - kittybrougham, SEP 29, 2009
good question...if they use "plátano" for banana, what do they call a plantain? - arnold3, SEP 29, 2009
Depends on which "Hispanic" people you're talking about. - kinowolf, MAR 23, 2011
"platano" crece en las Islas Canarias, es de un tamaño más pequeño que la "banana" que crece en America, aunque los dos son la misma fruta. - Matemati, FEB 23, 2014
2
votes

Plantain (pronounced /?plænt?n/;[1][2] also UK: /?pl??nt?n/[1] or US: /plæn?te?n/[3][4]) is the common name for herbaceous plants of the genus Musa. The fruit they produce is generally used for cooking, in contrast to the soft, sweet banana (which is sometimes referred to as the dessert banana). There is no formal botanical distinction between bananas and plantains, and the use of either term is based purely on how the fruits are consumed.

The population of North America was first introduced to the fruit as banana plantain, and in the United States and Europe "banana" generally refers to that variety. The word "banana" is sometimes used to describe other plantain varieties, and names may reflect local uses or characteristics of varieties: cooking plantain, banana plantain, beer banana, bocadillo plantain, etc.

Plantains are classified formally as Musa balbisiana or hybrids Musa acuminata × balbisiana, depending on their genomic constitution. The old scientific name Musa paradisiaca is no longer used. Most plantains come from the hybrid AAB and ABB Cultivar Groups.

All members of the genus Musa are indigenous to the tropical regions of Southeast Asia and Oceania, including the Malay Archipelago (modern Indonesia, Malaysia, Brunei and the Philippines) and Northern Australia. Fried Plantain. Yuuummm. 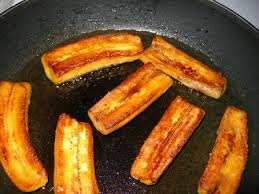 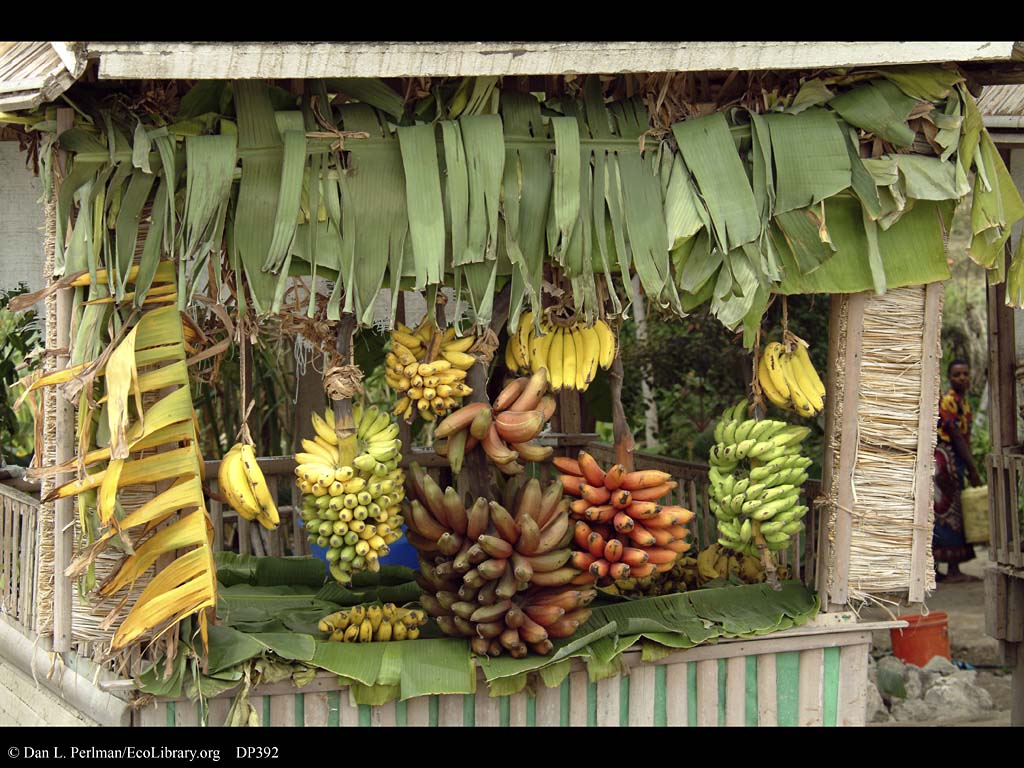 In Argentina, "Platano" is a kind of tree, and has nothing to do with bananas. We know that it has that meaning in other countries, and we understand when is used as banana.

In Mexico the banano is platano, the platain is platano macho. We in Guatemala say guineo for bnano and platano for platain. By the way have you tried fried platains, bananos with sour cream,or frozen bananos?

It depends who you ask and where they are from. I'm Salvadorean and we say "guineo" for the banana and we say "platano" for plantains, we don't typically use "banana". So to answer your question, no they are not the same, they are different.

Whatever you like to call this thing, I can't stand it !! It's one of very few things I don't eat.

Sorry, nothing to do with learning Spanish but it is to do with the fruit.

Regional for sure. In México norte we use " el plátano" for the yellow banana. In other countries " la banana" is correct.

In the Dominican Republic, guineo is generally used for banana and plátano is used specifically for plantain. In Mexico or Spain, a banana is called a plátano.

Long story short, it's regional. People will generally figure out what you mean if you say banana, otherwise, pay attention to what's the common usage in different regions (including different parts of the US).

I think platano may be used in Cuba to refer to plantains. When I lived in Florida, especially in the Keys, my friends used to make a great dish of fried plantains. I believe they referred to them as platanos, but I'm not 100% sure. Back then, I just thought plantains were old, bruised bananas.

From reading all the answers thus far....seems like this is one of those regional things...so it depends on who you ask, and where they are from....be prepared for yes and no to both be valid answers...my own experience is that "banano" and "plátano" are both words for what we call a "plantain", and "banana" is the word for what we call a "banana".

Ahhh... the memories of picking fresh bananas, plantains, limes, coconuts and peppers in Central America. That was 21 years ago. Hopefully I get back there someday.

Yes, they are the same thing